LGBTQ+ Friendly Zone in the City of Angels

Thailand, the land of smile, spicy food, sunny beaches, and ancient temples, is home to the world’s biggest transgender beauty pageant Miss. Tiffany Universe. For those that had spent their time or lived in Thailand, the visibility of transgender or gay entertainment venues can be easily spotted in multiple parts of the country. Although prejudice still exist in the Thai society, sex and gender diversity is growing in the modern-day Thai society, and more than ever people are coming out and expressing their sexual orientation freely. Actually, it is quite common here to have a non-binary gender person as a family member, friend, co-worker, and/or neighbor. So, with no surprise Thailand is ranked as one of the country with lowest level of homo-negativity in Southeast Asia through a study done by the World Value Survey.  The Tourism Authority of Thailand (TAT) even came out with a campaign that heavily promotes Thailand as the mecca for LGBTQ+ tourists. The campaign “Go Thai. Be Free” (http://gothaibefree.com) directly targets travelers from the community to vacation in the country because it is where they can freely express themselves and fully have fun. This shows that contemporary Thai society is tolerating when it comes to gender diversity.

www.urbandictionary.com ,website dictionary explans the meaning of slang which people speak in daily life and up to date however it disappears in common dictionary definds LGBTQ+ mean "The acronym used for lesbian, gay, bisexual, transgender, questioning, and more(the plus)".

Because Thailand is a tolerating and fun country, more and more Asian LGBTQ+ are moving here. Bangkok, Thailand’s capital city and also known as the city of angels, has recently become the number one second home destination for the Chinese gay community. Not only is the environment more accepting, but condo and property prices here are relatively cheaper than in their respective capital city Beijing. Therefore, it is an affordable choice for those seeking to own a property in a metropolitan setting.

Apart from being a good investment option, Bangkok is never dull when it comes to lifestyle and entertainment. Residents and tourists can experience anything from gay-friendly restaurants, pubs, and clubs to gyms and spas. Bang Rak and Sathorn Districts are popular areas among the LGBTQ+. Silom Soi 2 and 4 are the hotspots for the community because they are places where people can hang out, have fun, and let loose.

From our research team, we found that more  daily rental properties are being listed as gay-friendly in Bangkok. We are able to make this statement because of the data we had collected were from LGBTQ+ friendly and reliable sources that aims to help LGBTQ+ individuals find safe a environment and welcoming short-term rentals. These places are either owned by gay-owners or people who are homophilias, so people within the community can insure that they are staying at a safe and welcoming space. The sources contain rental data in many major cities in the world and New York City is among one of them. New York, the city of bright lights, big dreams, has one of the largest percentage of LGBT residents in the world. It is one of the first cities in the world to accept and encourage the LGBTQ+ community to live openly and freely as themselves. The infamous Greenwich Village, Chelsea, and Hell’s Kitchen (lower Manhattan area) are the “gay villages” of New York City and is historically significant to the LGBTQ+’s culture. In these areas, there are many LGBTQ+ friendly bars, pubs, restaurants, and activities and a lot of the people in the community resides here. Our data, represented on the heat map, shows two areas where most of the LGBTQ+ friendly short term rental are listed in New York City. This two areas include both Upper and Lower Manhattan, which shows popular LGBTQ+ hotspot is not only in Lower Manhattan but also in Upper Manhattan such as Harlem. 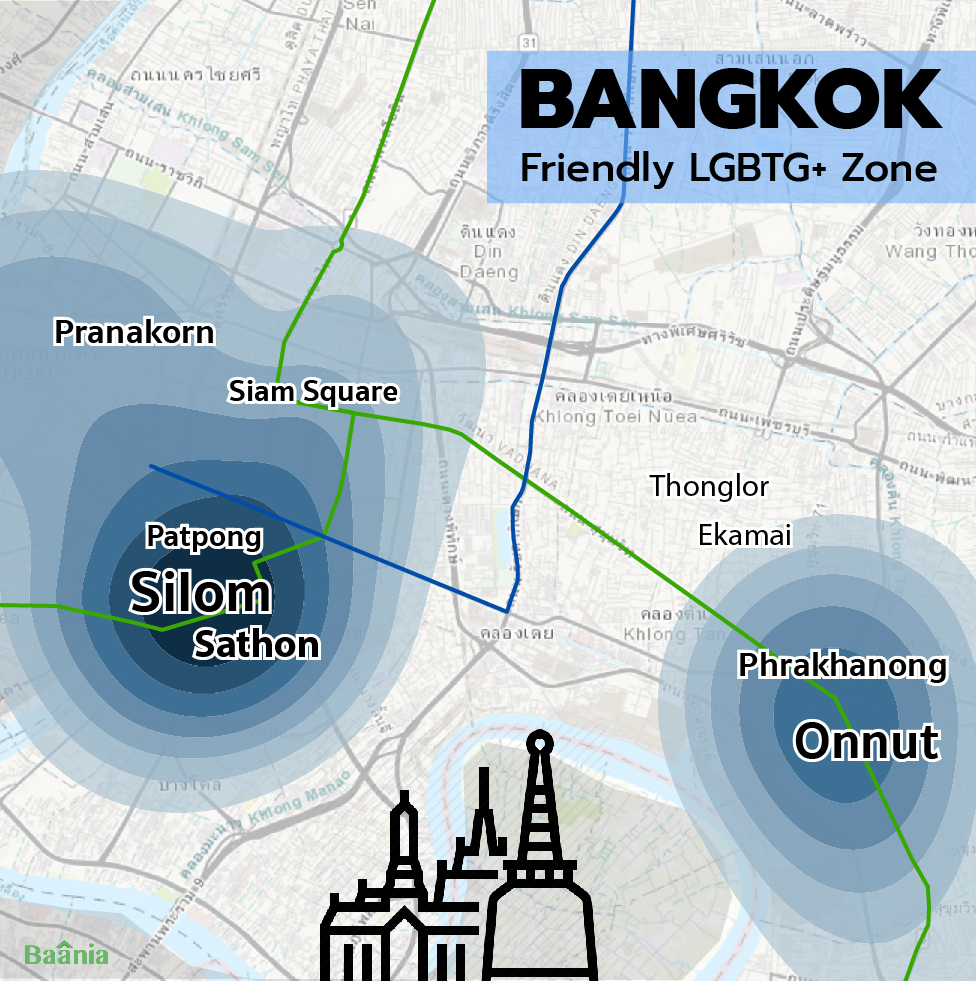 Despite the smaller number of listing in Bangkok, there is a growing trend and in the future more properties will be listed as LGBTQ+ friendly. Almost all of the listed rooms are condos and apartments which are located around the BTS and MRT line. It shows that the rental owners target younger customers traveling with a budget because the rental rate range is approximately between THB 970 and 2,500 per night. From the data, we identified two areas where majority of the listing are listed on. First is the Silom, Surawong, Patpong, and Sathon area. Most of the rentals are in this area because it is close to many LGBTQ+ friendly places, therefore, it does not come as a surprise that the LGBTQ+ community have a preference for living around here. The second area is in the Phra Khanong and Onnut area. This zone is booming because it is affordable in price and is very close to Phrom-pong, Thonglo, and Ekkamai areas. From previous research done by BAANIA, Phra Khanong average condo resale price for a one bedroom is at THB 5.45 million, whereas Phrom-pong average resale price is at THB 8.99 million. The THB 2.44 million is a big gap in price so the area is a good investment option for younger people from the LGBTQ+ community to buy. Also Phra Khanong serves as a buffer zone for high-priced residential project in Upper Sukhumvit, therefore, prices are more affordable.

Compared to the Bangrak and Sathon Districts, Phra Khanong and Onnut have less LGBTQ+ friendly places, but the charm this area is that it is close to Ekkamai, Thonglor, Phrom-pong, Nana, and Asoke. Therefore, it is easy for Phra Khanong and Onnut residents to use the BTS or Taxis (during the off-peak hours) to commute to these places.

In conclusion, LGBTQ+ community have a place in Thai society. In Bangkok, especially, whether you are gay, queer, lesbian, trans, etc. there are many activities and places you can enjoy. Since real estate prices here is considerably lower than than other capital cities in the world, many foreign LGBTQ+ people are choosing to buy condos and make Bangkok their second home.

Free, tolerating, and full of cheerful spirit; Bangkok is definitely the city where angels live. 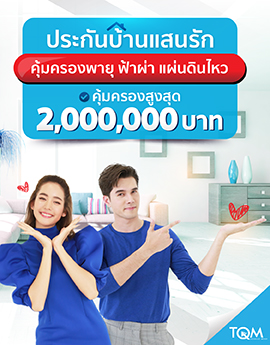